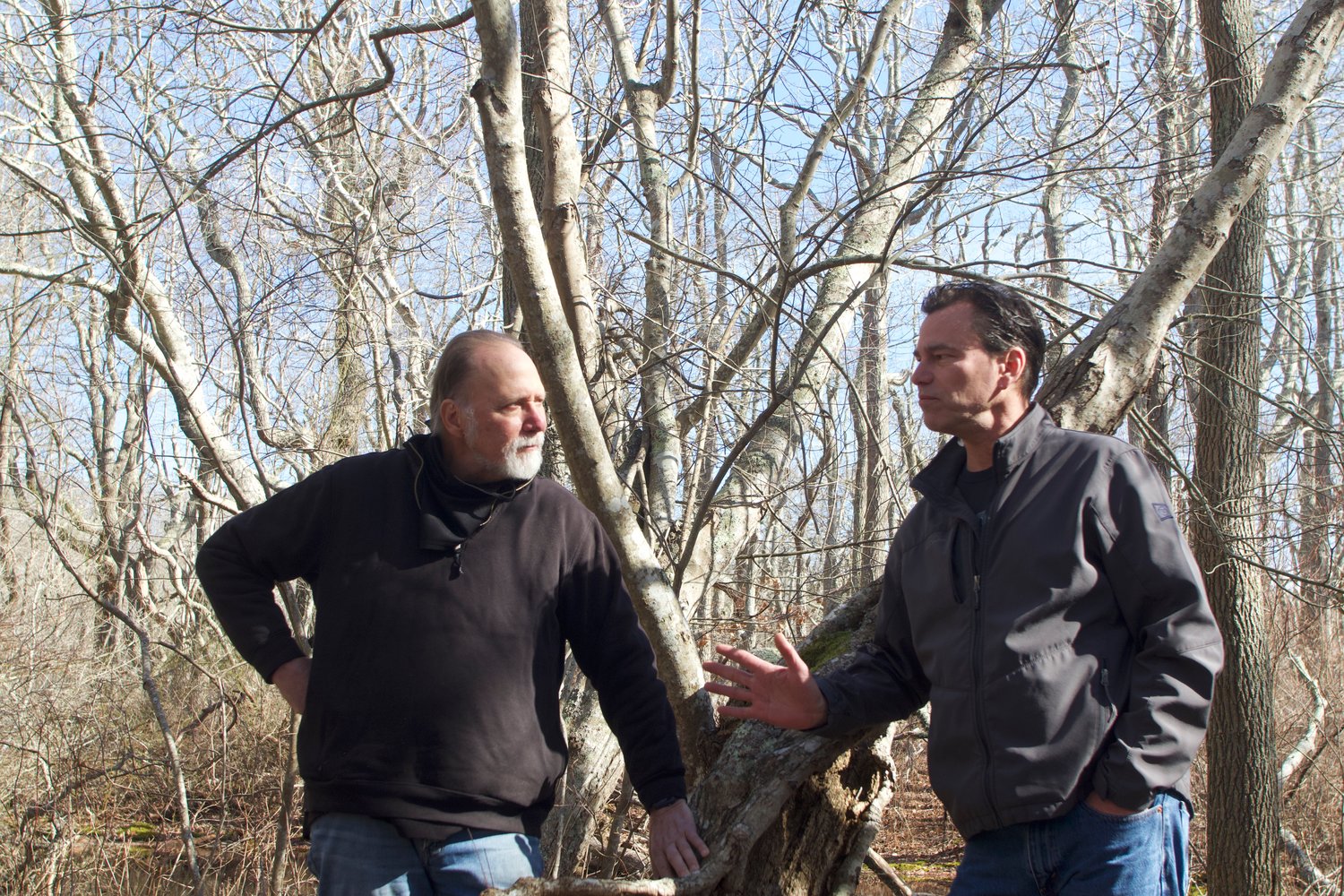 All Kovalencik often stops along the trail by a plant that appears to be nothing more than a weed, wondering how he can incorporate it into his lunch.

Kovalencik has been foraging longer than he’s been cooking, before he learned how to scramble eggs on the line at the Sandpiper Restaurant, and long before he became head chef and owner of Company of the Cauldron.

There’s something that draws him outside, just as he was drawn to the life of a chef 50 years ago. Now that he’s retired, there’s still a natural feeling he gets when he skips the Sunday grocery-store run for a foraging trip through patches of burdock stems or sea beans.

“When you’re cooking things and finding or growing things, it gives another facet to food,” he said. “It’s a good feeling to know that you’re gathering something that would just go to waste if not.”

For years, however, Kovalencik kept his foraging and his job as a chef, for the most part, separate. He got used to the sight of a Sysco or Sid Wainer truck delivering mainland produce to his restaurant. Foraging became more of a hobby. He only added fried burdock to his menu for special events, mostly when the Nantucket Wine Festival came to town.

He sold the restaurant in 2017. In retirement, he’s finding more time for walks around the island, out to the spots he’s been going to since he moved to Nantucket in the 1970s.

“It’s just an enjoyable thing to do,” he said.

This is no guessing game, either. There’s a method to the madness. Foraging, for him, is a calculated step. It all depends on place and time, what’s available and when. He knows what he’s looking for each time he goes out. He’ll even tell you where to look if you ask.

Tom Proch, another retired island chef from The Club Car, is taking more time to forage, as well. He has a different approach.

“People will ask me where I get (mushrooms),” Proch said. “Well, there’s no way I’m going to tell you. Those are my spots.”

For Proch, it’s porcini mushrooms, something he feels comfortable identifying, as opposed to an ambiguous-looking fungus that more often than not has a poisonous lookalike.

Mushrooms are a dangerous game, he admits. His advice: when in doubt, forget about it. Even a field guide can be misleading. If anything, he said, go out with a mycologist who can identify an edible mushroom from a poisonous one.

“There are a lot of mushrooms out here, but that’s the one I know,” he said of the porcini.

“It’s a whole different animal when you forage for them. I used to buy porcini mushrooms from Sid Wainer to use on a polenta for something like $30 a pound, and they weren’t nearly as tasty.”

In the spring, there are spring onions and mustard greens popping up through the grass. Kovalencik uses them on a salad. As spring turns to summer, he’ll look for burdock stems, ramps or purslane, a groundcover plant with edible, tart leaves. Then there are the blueberries, raspberries, huckleberries and beach plums that grow throughout the summer. Fragrant wild grapes are abundant in September. The hazelnut season is in October.

It might not be enough food to sustain you for the year, or even the week. But it’s enough to make a few meals, a jam or two, or a handful of berries on a summer walk.

In some ways, foraging is becoming a lost art, said Yeshe Palmo, director of the Nantucket Center for Tibetan Buddhism. She wrote the book on Nantucket’s flora, called “Trees, Shrubs & Lianas,” two years ago.

“If you walk through a neighborhood and know nobody and nothing about it, how do you feel, versus when you know the history of each house, who lives there, the name of each street,” said Yeshe Palmo, who is also head of the Nantucket Food Pantry. “That’s the knowledge that makes the community. This, then, becomes part of your community, the natural world, as opposed to this green unknown that’s nice to walk through.”

Foraging means different things to different people. It all depends on who you ask.

Yeshe Palmo’s mantra is only take what you need, if anything at all. Usually, she’ll pick a few blueberries or huckleberries if she passes them, but not much more.

The idea is not to overburden the natural landscape.

“Fox grapes, because they’re so prolific, can probably withstand a lot. But we don’t know how much the species can withstand. We don’t really know what the limits are for foraging,” she said.

“Some of the other things, like wintergreen, that’s a very tender native that, if they were extensively foraged, you could do it in. It could disappear. With knowledge, you know how to take care of it, and what not to do with it. Knowledge is key. People used to know the name of the plants. People knew about their back yards. It was common knowledge. But as we urbanize, that knowledge is lost. We used to have a kinship with the native flora, like it was part of our family.”

Kovalencik has another way of looking at it, one that also has a familiar feel to him. This story goes back to his childhood in northern New Jersey. On weekends, he would go out with his father and uncle to old, disturbed properties where burdock grew rampant and the neighbors thought nothing of it.

His uncle was not one of those neighbors. And those plants were not just weeds.

“I think about gathering as something that gets you outside,” he said. “It’s a connection to growing up as a kid. It just feels natural.”

On Nantucket, Kovalencik blanches and pickles the sea beans, or samphire, he gathers from the sandy soil on the first two points on Coatue. He batters the burdock and fries it, similar to a fried zucchini stick.

He presses and strains the wild grapes, called fox grapes, for a duck sauce he can freeze. He has oranges growing in his back yard. He preserves them as a marmalade.

“We used to have wine tastings in the springtime,” he said about the recipes he took from his uncle to his restaurant years later. “It’s the perfect time to turn people on to it because I didn’t really want to sell it or put it on the main menu. People asked, ‘this grows here?’ They hadn’t had it before. They hadn’t heard of it.”

Proch still incorporates those recipes and lessons into his cooking, this time as a culinary teacher at Nantucket High School. He’s still adhering to the philosophy of local produce, whether it’s fresh mushrooms or seaweeds like pous-pous, or glasswort, which he would use as a garnish for grilled monkfish at The Club Car.

It’s a lesson he wants to see live on. Anything from butchering a deer to cooking fresh mussels, to understanding the difference in flavor and texture in the produce you grow in a garden or forage outside, compared to the grocery-store vegetables that likely came from a greenhouse on the other side of the country, is something he believes is important for any young cook to know.

“You can just smell it driving down the road,” Proch said. “Anything you pick fresh is better than what you would find at the store.”