The Short, Sweet Life of the Nantucket Railroad 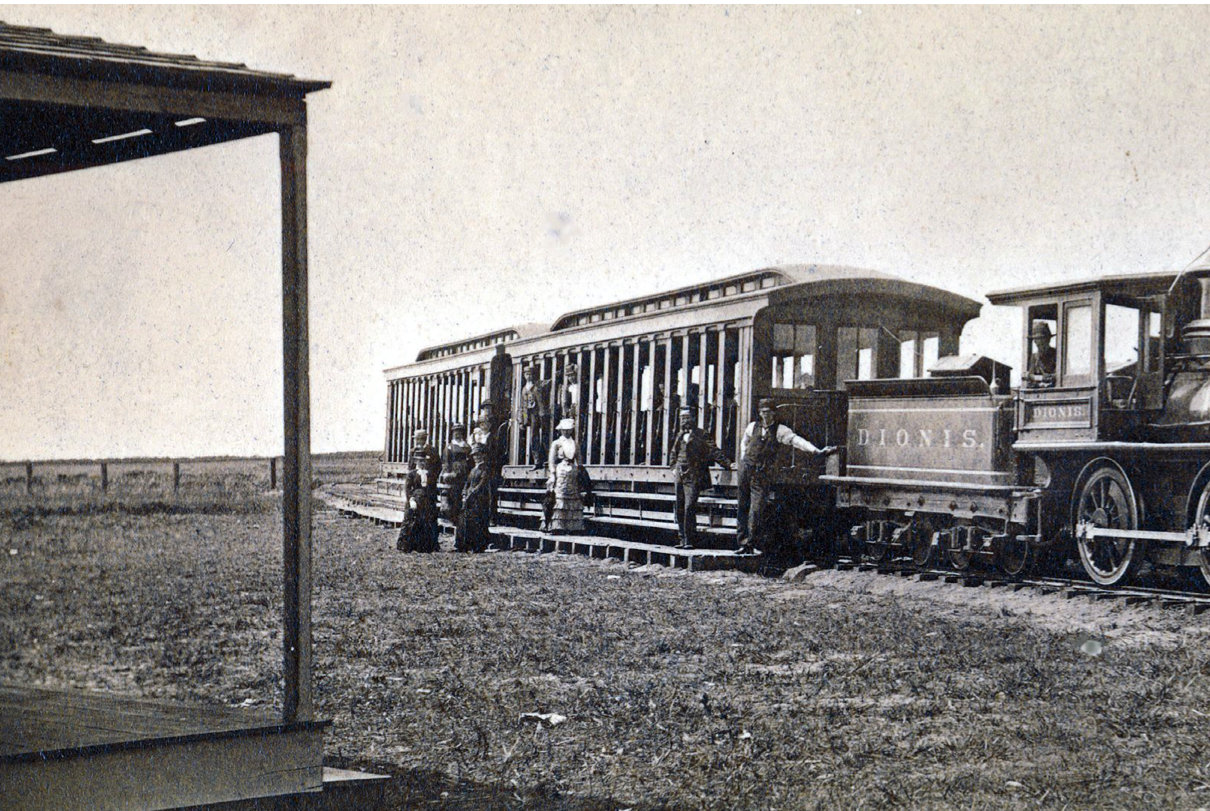 A large crowd had gathered at the foot of Main Street to see the locomotive, which had been christened Dionis. It was the Fourth of July 1881. The Dionis was decorated with flags. It was belching smoke and steam, almost as if it was getting impatient for its inaugural run.

It was only a distance of four miles to Surfside. But watching that engine, with its open passenger car, must have felt like looking at the future. The Baltimore and Ohio Railroad had begun in 1827. The final spike of the transcontinental railroad was driven in May of 1869. But this was a seasonal railroad right here on Nantucket. This was a way to get to someplace that did not include a horse-drawn cart.

“There are those in our midst, who until Friday, had never been favored with the sight of a real locomotive and cars,” read the newspaper story.

To the writer, who was one of a small group selected for the first ride, train travel took on a poetic dimension: “The familiar scenery along the route seemed laden with a different and peculiar charm. Passing along the pleasant shore of the harbor, thence across the flats, the Goose Pond, the Clay Pits, out into open fields, entering a sweet grove of pines, then picking up speed and rushing out upon the broad, level common, with the sea in front.”

The tracks were brought all the way to Sconset in 1884. But Surfside was the first reason for the railroad. What people were calling the Surfside boom was underway. A group called the Nantucket Surfside Land Co. had a map printed in the newspaper, outlining a very large number of house plots for sale. The train was an essential sales tool.