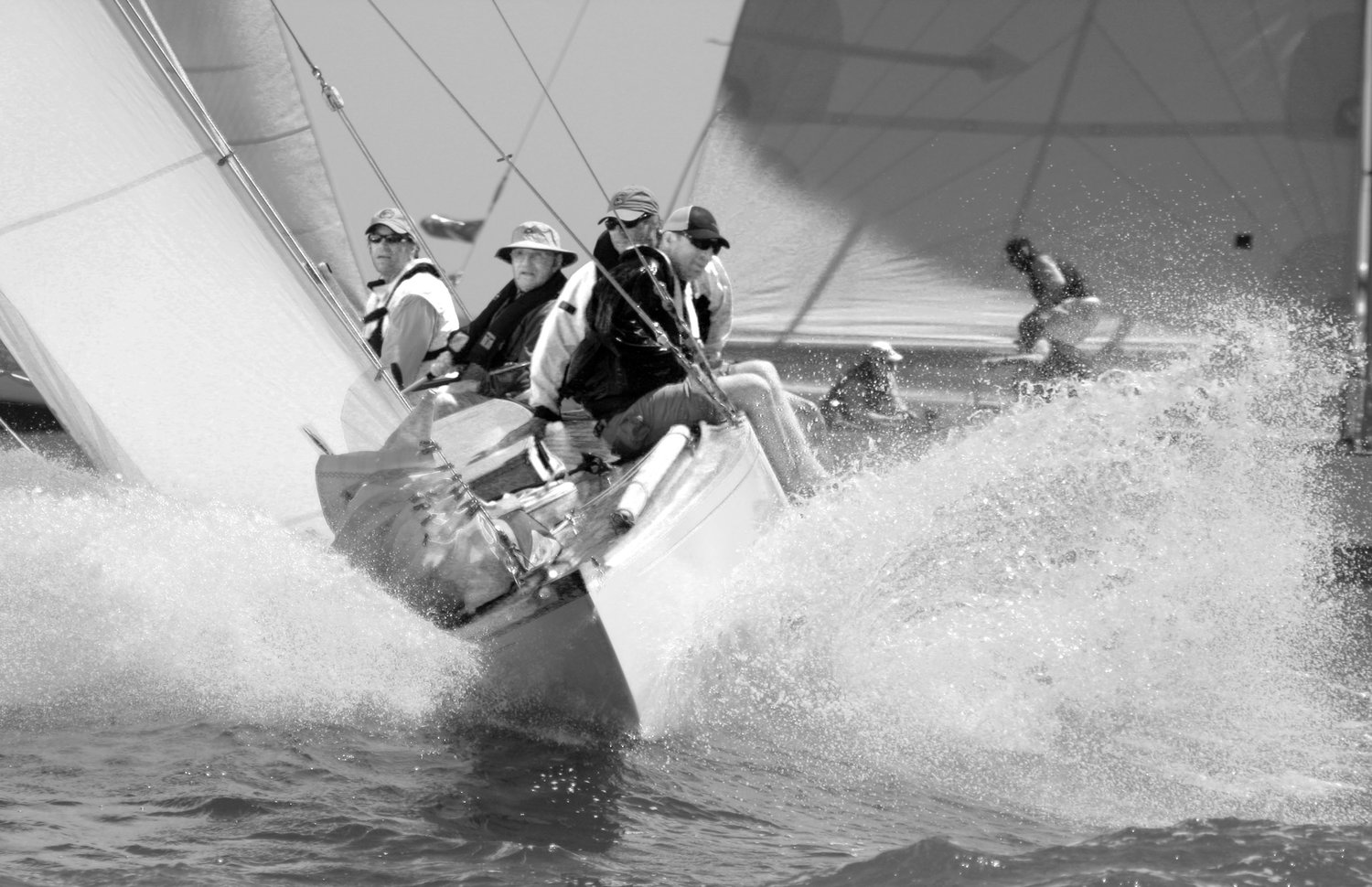 The idea behind the Opera House Cup wooden sailboat race, according to legend and the sometimes-foggy memories of those who were there, began in the bar of the iconic island restaurant that lent its name to the race. The race’s trophy stands as proof of this legend, since it is clearly an old silver ice bucket, the kind you might put a champagne bottle in to chill.

After half a century of having the names of the winning boats etched into it, it is no longer something as utilitarian as an ice bucket. It is a trophy that spells out the history of the regatta. If you look deeper, it also spells out the resurgence and the urge to restore wooden sailboats.

The Opera House restaurant was owned by Gwen Gaillard, a slightly larger-than-life figure. She liked to be on the water and had a soft spot for a group of island skippers, who had made the bar in her place their hangout.

“It had a wonderful bar, dark and cozy. You sat in there and had all these wonderful ideas,” Eric Urbahn remembered. One of those ideas was this race.

In many ways, the slice of time this happened in means more to the story than exactly what was said. It was 1973. The sailboat market was being taken over by fiberglass boats.

Jon Wilson, founder of WoodenBoat magazine, said that even as he put together the first issue of the magazine, he felt that wooden boats were heading toward extinction. Many wooden boats were hauled out and waiting for the chainsaw. They could be bought cheap, remembered one sailor, often for the cost of their brass fittings.

Some people began buying those wooden boats, trying their best to fix them up. Some of them lived on their boats. Some chartered them in the Caribbean over the winter. They were, as one person who was there said, a mix of carpenters, waiters, hippies and trust-fund kids. The things they all had in common was their love of wooden boats.

Allen LaFrance remembered in a documentary film that there was a group of people who lived on their boats at Swain’s Wharf, which was much cheaper than renting a house.

It was decided to have a race. Spinnakers were not allowed for the simple reason that some of these old boats might break apart under the stress of that much sail.

Nantucket was the cheap seats in those days, five-time Opera House Cup winner Gary Gregory once said. To him it was a place where you could walk into the bar at the Opera House and have a beer with people he called “the gods of wooden boats.”

“That story about how the race started, it’s absolutely true,” Mary Walsh, widow of the late Chick Walsh, one of the race’s early organizers, said in a story in The Inquirer and Mirror on the race’s 40th anniversary. “It really grew out of the absolute love of wooden sailboats that Gwen had. She and Chick sat at the table, and conceptualized the idea of a race just for wooden boats. To the day she died, that’s how she wanted to see the race.”

The late Bob Tiedemann found and restored Gleam and Northern Light, two classic 12-meter America’s Cup boats. He actually found parts of one of them being used in a Connecticut bar as decor and bought them from the bar’s owner. He won that first race skippering his family’s boat Mariner.

“Growing up on Mariner and being a part of wooden boats from such a young age and seeing how my uncle restored Gleam and Northern Light and other boats, he inspired me,” said Cedar Poirier, who sailed in seven Opera House Cups aboard Gleam and is Tiedemann’s niece. “Wooden boats become a part of your life somehow. They have character,”

Word got around. The growing popularity of the Opera House Cup helped fuel the resurgence of wooden sailboats, both newly-bult and restored. The rise of WoodenBoat magazine happened at about the same time.

There were nine boats in the original race, although 25 were expected. Today the harbor is filled with classic wooden sailboats. Some of them are made by some of the best designers and boat-builders on the East Coast. Some of them are restored masterpieces from a century ago.

Many of the sailors and organizers of that first race have passed on. Today the Opera House Cup is less pirate hippie and more blue blazer. There is no such thing as owning a wooden sailboat on the cheap anymore.

Nantucket Race Week, Aug. 13-21, is a fundraiser for Nantucket Community Sailing, a group which helps island kids learn to sail. It is still about the boats, spread over a week of racing leading up to the Opera House Cup. The thing everyone still has in common is their love of sailboats.