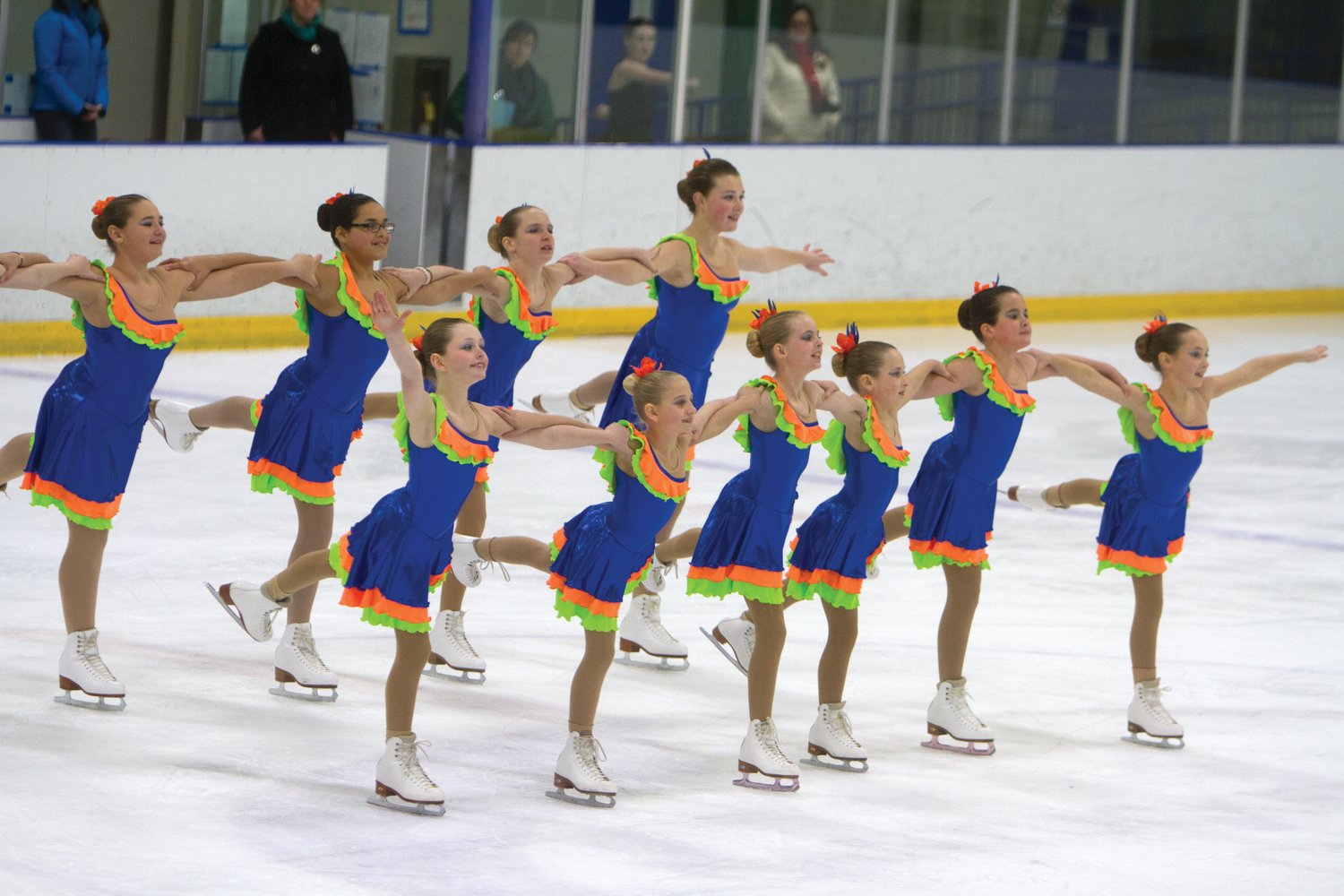 There’s nothing Jo Kymer loves more than seeing someone learn how to skate. Every Sunday afternoon you can find her volunteering as a skate guard for the learn-to-skate program at Nantucket Community Ice Rink, sharing her love of a sport she first picked up as an 8-year-old in England and continues to enjoy to this day in her early 70s.

“When you’re on the ice and you’re showing a family how to skate and there’s that ah-ha moment where they’re just like ‘Wow, I’m skating,’ that’s just wonderful,” Kymer said.

“It just brings such joy. There are physical benefits obviously, but it’s a mental thing as well. It’s just so energizing. There are times when I get on the ice and I just want a Zen skate, I just go out there and skate laps and it’s a wonderful feeling.”

Kymer moved to the United States as a teen and quickly found herself back on the ice while living in New York and New Jersey. But when she arrived on Nantucket in the 1990s, that outlet was largely taken away from her because there was no ice rink.

“I moved to Nantucket and it was like a vacuum. Skating had been a big part of my life. Any time I went off-island, I skated. If I went to Cape Cod Mall, then I went to the Bourne arena and skated and then got back on the boat. It was infrequent but I needed it,” she said.

Kymer joined a group of islanders working to build a rink on Nantucket, a project that had been in the works for decades but hadn’t received enough funding to get off the ground. In the early days, the Nantucket Ice board met around kitchen tables. As it evolved over time, the board moved to the basement of the high school and eventually to the board rooms of local banks as the board started to include bankers, engineers, lawyers and whoever else was needed to turn the rink into a reality.

“Hockey brings a really fun energy into the rink. Whether it’s through games or through practices or skill sessions, it electrifies the rink and is really the basis for what the rink is doing,” said Cam Gammill, a youth hockey coach and member of the rink’s board.

“Hockey is one of the few lifetime sports. Because of the long seasons and the relationships you gain early in childhood, it’s a sport that sticks with you all the way through and the ability to continue with that sport as an adult has forged relationships that I never would have had otherwise. Some of my closest friendships come because I am with this group of guys every Monday. It’s another community within a community and all have like-minded goals in a really healthy atmosphere.”

The Nantucket Curling Club first began play in 2017 and board member Devin Remick said it started as a way to offer something that doesn’t require any skating skills in order to draw in people who would otherwise never step foot in the rink.

While some of the more experienced curlers bring their own equipment, newcomers can simply show up in their sneakers and participate, as the ice is treated in a way that doesn’t require skates.

“It’s great exercise, a great way to meet people and it’s an addictive sport that can be competitive but it’s a friendly competitive and it’s just a lot of fun. No one leaves here without a smile on their face, everyone has a great time,” Remick said.

In the early days of the rink, figure skating was very popular. Longtime skating director and coach Belinda Yancy said the Walt Disney movie “Ice Princess” inspired a generation of young skaters and at one time the Nantucket Island Waves synchronized skating team featured about 50 skaters across four competitive levels.

But COVID-19 and then the graduation of a significant number of its skaters has now left the island without a synchronized skating team. Yancy said she is preparing to step away from her role with the rink and is hoping someone else will step in and rejuvenate the skating program.

“This is our time to become vibrant again for our next 20 years. I think we’re incredibly lucky to have this facility on the island. Skating, whether it's hockey or figure is just the most amazing sport for any child to be able to participate in,” Yancy said.

The idea that the rink be open to everyone was a part of the founding board’s initial mission statement, Kymer said, and it still holds true today. Nowhere is it more evident than the rink’s partnership with Nantucket S.T.A.R., an organization that provides recreation opportunities for children with special needs.

Kerry Ray, the program director for Nantucket S.T.A.R., said since 2016 the group holds two six-week sessions each year where for an hour the ST.A.R. group takes over the ice, skating and shooting pucks. She said it’s one of the most popular programs they have, and usually includes about a dozen kids.

“They just have so much fun. Some of our more reserved participants when they get on the ice, just that feeling of being free, sliding around with their friends, it’s just really fun and the rink has been so welcoming. They just go above and beyond to make things work for us. I think it’s a nice way to introduce another group of children, not just to the ice, but to the ice rink which is such a huge part of our community,” Ray said.

The future of the rink goes beyond the ice though. Kymer and the two newest hires at the rink, program and hockey director Will Datilio and facilities manager Bryan Larivee, said their biggest push now is securing a dry floor system that will allow the rink to switch from ice to floor in four hours, just like the TD Garden.

That would open the rink up to a whole new audience as it could play bring new trade shows and conventions to the island or supplement already established events like the Nantucket Film Festival. Another potential addition is a restaurant or bar upstairs.

“Imagine watching a hockey game from a bird’s eye view having a bite to eat, that’s something that just doesn’t exist here,” Datilio said.