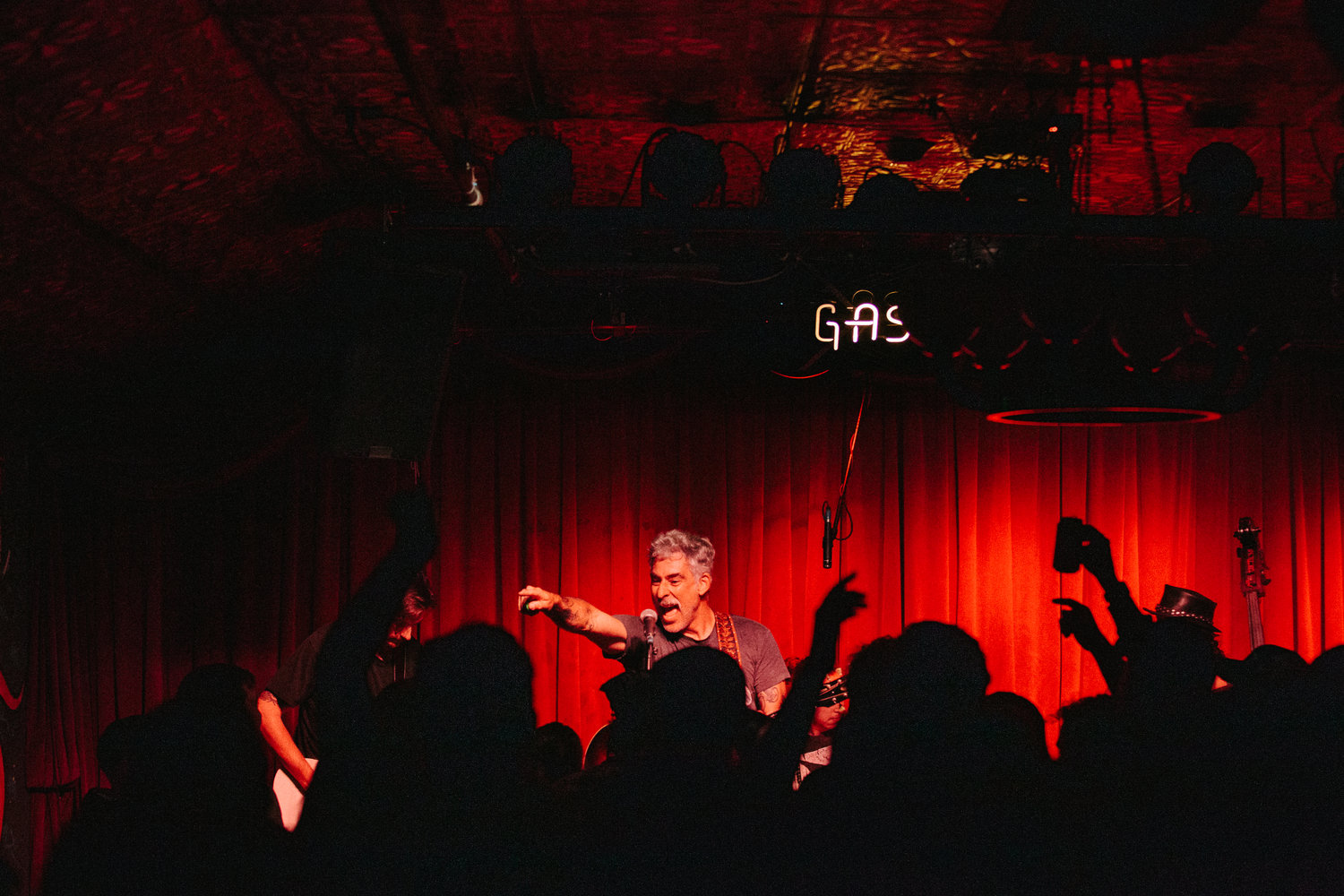 The clock strikes ten on Saturday night. Longtime local band Buckle & Shake floods through The Gaslight’s back doors with a wave of gear. After making the rounds greeting staff and regulars, they begin to plug in, tune up and prepare for a long night. Folks still seated at the dinner tables yet to be removed from the dance floor appear confused by the crowd filling in around them.

A grunged-up version of “Up On Cripple Creek” opens the set, immediately followed by Buckle & Shake’s own rocking folk tune “Parkin’ Cars,” a tip of the hat to service industry and hospitality workers that has become something of an island anthem for locals.

Over raucous hooting and hollering between songs, the band decides on the fly what tune out of their repertoire they want to play next.

“It's a damn good feeling to run these roads!” Doug Cote and stand-up bassist Lucy Van Arsdale yell into the crowd, warranting an immediate response, feet stomping, hands thrusting into the air.

After an hour-long set, it's time for the band to get some air in the back alley. In the relatively quiet recycling area, they go over the night so far, chat with Gaslight staff, joke and drink beers.

The night continues with songs by Elvis, The Pixies, Tyler Childers, Johnny Cash, The Rolling Stones and the like. Shouting, grimacing and pointing, Cote keeps the energy sky-high. He charges into the crowd and slips out of sight like a surfer duck-diving a wave.

Van Arsdale throws back shots of whiskey between songs, effortlessly keeping the band in check along with drummer Colin Harrington. He might be barely 21, but he’s hands down the most reliable and in-demand drummer on the island.

As the night closes in, the band spontaneously breaks into “Hey Jude.”  Gaslight bartenders Stephen and Sam crawl over the bar and onto the stage to sing along with the band and hype up the crowd one last time.

Moments later the lights come up. The room begins to empty out, revealing the remnants of a crazy good night. The band laughs together, slowly packing up their gear while the Gaslight staff meticulously put the restaurant back together. They’ll do it all again tomorrow night.