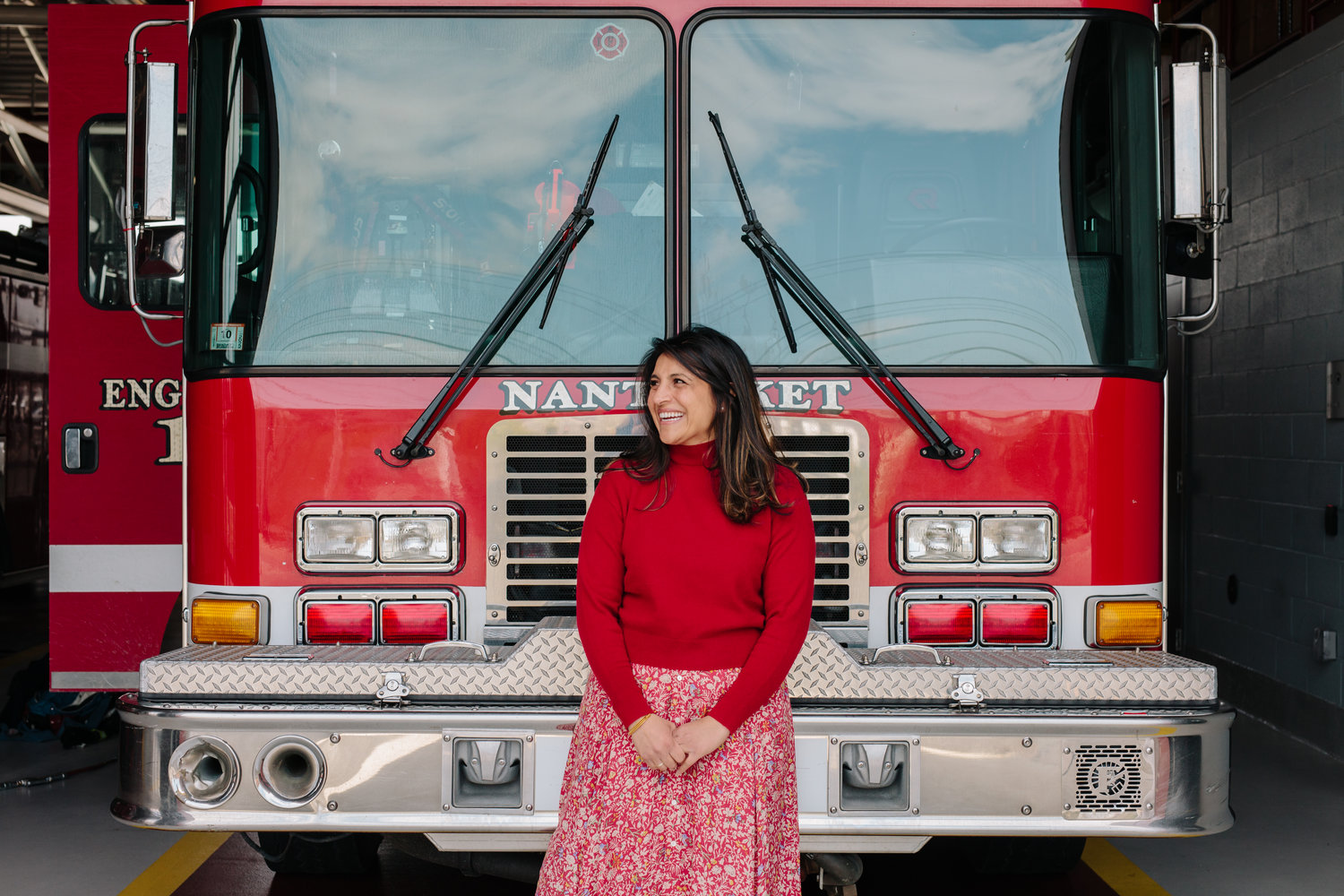 They are the chemical manifestation of the word ubiquitous.

“They might be in the pan you made your eggs in this morning, in food product packaging,” state senator Julian Cyr (D-Cape and Islands) said in an April press conference announcing the findings of a state task force on PFAS contamination and mitigation. “As we get our hands around this issue you realize just how widespread PFAS is.”

They have been around since the end of World War II, their polyfluoroalkyl structure providing oil and water and temperature resistance and friction reduction, to a very wide range of household and industrial products.

They have also been linked to certain cancers.

One scientist, who was part of a School Committee meeting on potential leaching of PFAS into the groundwater from the artificial turf that was being considered as part of a revamping of the high-school athletic fields, was asked what level of which PFAS compounds was acceptable.

She didn’t hesitate. “Zero is the correct number.”

Chemically, PFAS are synthetic polyfluoroalkyl compounds, which means that they are totally manmade and do not occur in nature. There are suspected to be over 6,000 chemical compounds that fall into the category of PFAS, a fair amount of which fall under the heading of proprietary business information.

Despite those numbers, the state of Massachusetts only requires drinking water to be tested for six of them. The federal government requires testing for only two: PFOA and PFOS.

Chuck Larson began hearing about PFAS in 2019, when the state issued a site cleanup plan for the landfill that included groundwater and soil standards for PFAS. Testing for PFAS was at such an early stage that there were no state standards for soil testing. The town had to use the standards from a town in Maine.

“That is what makes this so interesting,” said Larson, the town’s special projects manager. “The science and methods for even testing for PFAS are evolving. A lot of that stuff is just now getting worked out. We are at the very, very early stages of getting our heads around it.”

Environmental Protection Agency data and scientific documents indicate that “negative health effects may occur at much lower levels of exposure to PFOA and PFOS than previously understood and that PFOA is a likely carcinogen.”

And so, the ubiquity of the compounds themselves, the many uses manufacturers have found for them, and the health and environmental concerns associated with them, put them on the front page this winter.

The question now is what level of threat does PFAS contamination pose for the island?

“This is a big deal across the island,” health director Roberto Santamaria said. “Is it existential? Not really. Is it dangerous? Absolutely.”

Potential contamination by a chemical that is used in so many households and industrial products seems so unwieldly and unsolvable that it runs the risk of becoming a question that people simply want to not think about.

“The more we keep it in the public eye, the more there are people like Ayesha out there, the more we can work on it,” Santamaria said. “If the EPA doesn’t keep it on the forefront we’ll all forget about it. People like Ayesha keep it in the forefront in the regulator’s minds that is how progress will be made. Activism really is one of the important parts of the American democracy.”

The Birth of an Activist

Ayesha Khan Barber would have never heard anything about the acronym PFAS if she was not married to Nate Barber, a captain on the Nantucket Fire Department who is fighting testicular cancer.

“Nate was getting chemo in Boston and he saw one of those infomercials about a class-action lawsuit,” she said. “You know those commercials: Do you have testicular cancer? Are you a firefighter? It was everything Nate had. Nate was like, ‘that’s kind of weird.’ The infomercial mentioned the foam.”

Both Ayesha and Nate thought there was something going on and they felt out of the loop. They began collecting any and all information they could find. The foam, called aqueous film forming foam, commonly called AFFF, had been used in training exercises for decades, but had leaked into area wells.

“Nate kept saying he’d sprayed it and we need to tell somebody about it,” Ayesha said.

That foam quickly became one of the airport’s biggest issues. Use of the foam had been required by the Federal Aviation Administration. According to Noah Karberg, assistant airport manager, the manufacturer had given assurances it was safe.

By then it was known that the PFAS in the foam was not only a cancer concern to firefighters, but it had seeped into the groundwater and contaminated private wells. Airport officials announced plans to help defray the cost of filter systems for contaminated wells, and of connecting homes to town water.

Not everyone was happy about the parameters the airport set. Arguments grew over the question of whether testing methods represented a true picture of well contamination levels. The Wannacomet Water Company began testing to determine the parameters of bringing public water to the area around the airport.

Meanwhile, firefighters were faced with the knowledge that PFAS was part of the manufacturing process of the turnout gear they wear whenever they roll out of the fire station on a call. Sean Mitchell, a captain in the fire department who decided he had too many colleagues dealing with cancer diagnoses that appeared to be connected to PFAS, drafted a resolution to get rid of PFAS in their protective gear.

The International Association of Firefighters, which represents firefighters across the nation and in Canada, voted 1536-10 to adopt the resolution.

The town and the fire department invested in new gear with a PFAS-free outer shell, but the moisture barriers that fit inside those big coats are still required to be made with PFAS.

“The deeper you go into this the more troubling it is,” Nantucket Fire Chief Stephen Murphy said. “We assume inherent risks being firefighters. The problem with this is we assume too much risk if there is not an alternative. But there is an alternative. We are not totally fluorine free, but it is the best we can get. It’s the best answer that we can provide right now.”

Khan Barber watched all this happen, steadily compiled data and sent it to anybody she could think might want to begin seeing the big picture of PFAS contamination. She got to know scientists. She listened to the promises and assurances of manufacturers.

“I got myself a tutor, because I realized I can’t talk about this until I know it,” she said. “I had to really just sit and read all day and listen to webinars and reach out to scientists. It shocked me to find out how approachable they were, and how willing to lend us their expertise.”

Those scientists became part of the debate over synthetic athletic fields. Khan Barber found herself in the middle of that debate, when she began to hear the same things being said about the turf fields she heard manufacturers say about turnout gear.

“I get into this meeting and the first thing I heard was somebody saying there is good PFAS and bad PFAS,” she said. “And I immediately knew they had been talking to the industry. No researcher that we’ve spoken to ever says that. Those are talking points.”

“You hear those things. But this is all things they said to us before. I believed it all the first time. I believed that there was no PFAS in turnout gear, because they said it. Then I started to see that the industry is great at marketing and we’ve been marketed to think this is all okay.”

“I wasn’t going to get involved in the (athletic) fields. I think synthetic fields are great, except for the PFAS. But once you see all this, you cannot unsee it.”

Santamaria is also in favor of synthetic athletic fields, except for the PFAS. While on Martha’s Vineyard the Oak Bluffs health board drafted regulations banning turf fields altogether, Santamaria is not inclined to throw out the baby with the bathwater.

“I don’t know if there is another company (that makes PFAS-free turf) yet. But if we were to ban it, we’d be banning any future product. If five years from now there is a product that meets all the standards, then that might be a good time to look at it.”

Santamaria predicts that both the number of recognized PFAS compounds and the levels we test for will change very soon. The EPA has already said the PFAS issue is on the front burner.

It is important to think of PFAS island-wide and not simply in light of the airport and the synthetic athletic fields, Santamaria said. Town water is pumped from around 155 feet below grade, much deeper than the average private well. There is what is called a confining to semi-confining layer about 80 feet down that is 10 feet thick. Wannacomet’s three major production wells are below that.

All of that makes town water safe. The ultimate answer to private well contamination, of course, is to get as many homes as possible on town water.

Wannacomet began sampling and testing its wells for PFAS contamination on 2015.

They are part of a program with the EPA that is called the unregulated contamination rule (UCMR), which requires sampling for contaminants for which not a lot if known. Information is gathered from those sampling events and the data is used to look for emerging contaminants of concern.

“Right now you have a test, you get a number, but what does that number mean? Is it a number that would warrant action? It just opens up a whole conversation about public health,” Mark Willett, director of Wannacomet Water Company, said. “And PFAS are a family of over 9,000 chemicals. Only six are tested with Mass DEP for drinking water.”

So, how should we think of PFAS island-wide?

He is also investigating what is probably an obvious point source for PFAS runoff: the landfill.

“Five years from now we could have a major breakthrough and be able to remove PFAS from the waste stream,” he said. “Five years from now we will probably have more sensitive testing methods and a better idea of how poisonous it actually is. And we will have to deal with the consequences of that too. It can go either way.”

“It’s a big issue. This is going to be somebody’s entire career. Somebody graduating right now with a degree in environmental health, they will probably be able to get to retirement and still be working on PFAS.”