Have Board, Will Travel 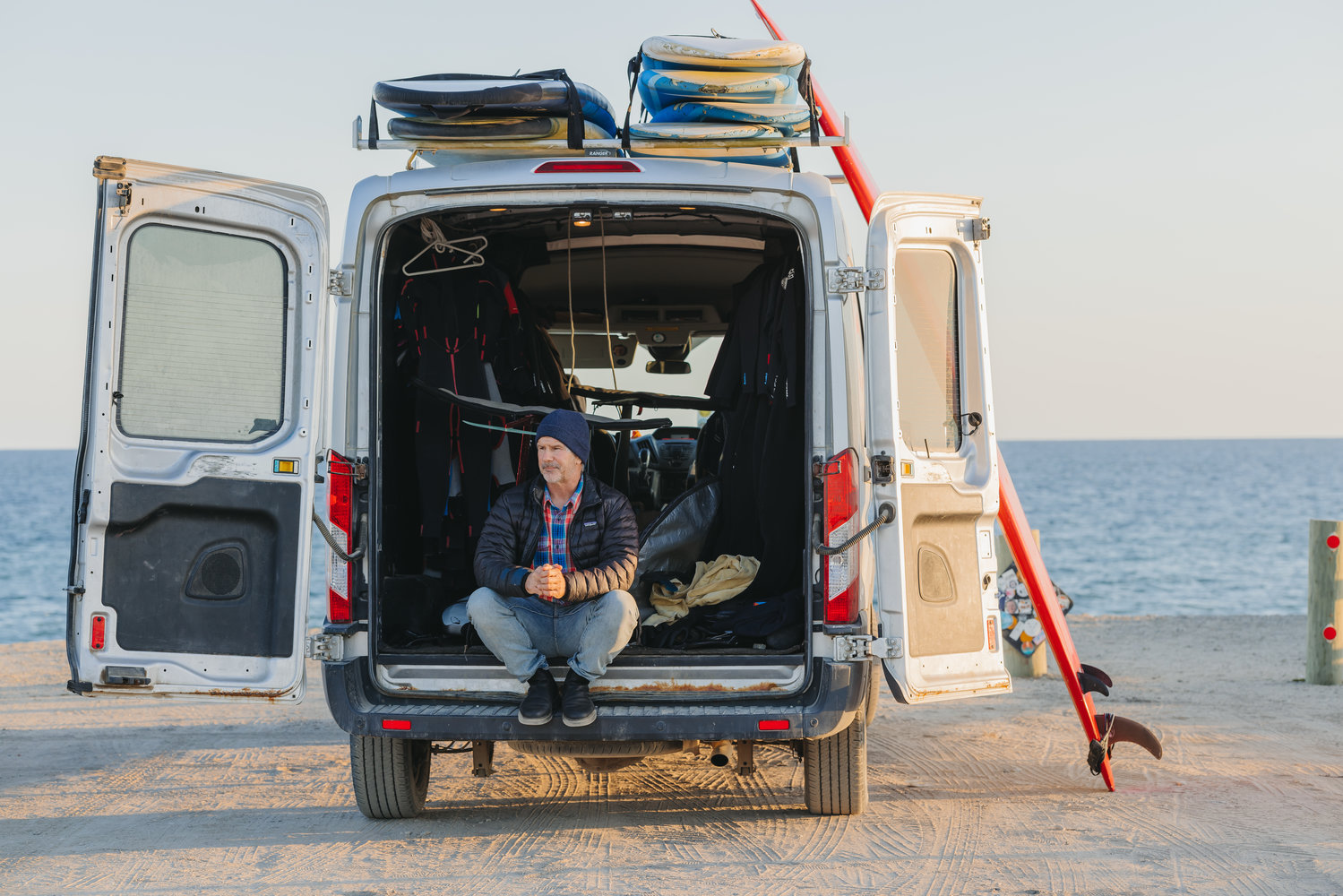 Gary Kohner still remembers his first wave and the used surfboard he bought at Indian Summer with money he had saved from mowing lawns.

“I was always one of those kids who loved the beach,” he said. “I grew up in Sconset and my mom wasn’t really a beach person. So, I would go to the beach in Sconset and play in the shore break. I remember we went to Maddequecham with a summer family one day, I was probably 11 years old, and I saw a surfer. And I thought, people surf here?”

Thirty years later he is the owner and operator of Nantucket Island Surf School at Cisco Beach, a business he started in 1999. He is still asking himself the question he asked when he was 11. Do people surf here? Except now he is finding parts of the surfing tribe across the globe, in places like Ireland and Morocco.

Most recently he found himself at the foot of the Cliffs of Moher in Ireland.

“Lahinch is a cool little town in County Clare. It is close to the Cliffs of Moher. There is actually a wave under the cliffs. You have to hike down this goat trail. It is super-intense, everything about it. The hike down is intense and then you are down at the bottom of the cliffs and you have to paddle through these rocks. The surf spot itself is a big gnarly, heavy wave. But it is probably the most beautiful place I have ever surfed. It’s super-intense but it’s also magical,” Kohner said.

When most people think about surfing, images of California in the 1960s and the Beach Boys flood their imagination. But in the last 20 years the surfing community in Ireland has grown tremendously. It is still nowhere near as crowded as place like the north shore of Oahu in Hawaii, but Kohner said that since he was first there in 2000 it has taken off.

Surfing in Ireland reminds him of Nantucket. It’s not just the foggy, wet weather, but the tight-knit community as well.

“One thing I really loved when we went to Lahinch the first time is it is such a small town that you would be out surfing and you would start talking to some of the guys you were surfing with and then you would go to the pub and the bartender is someone you were just surfing with,” he said.

“So, within a couple weeks you have met so many of the surfers or you see the guys out at the pub and you buy a round for them. It was really easy to connect with people because that town particularly is really small. The vibe was really cool and it was really easy to meet the local crew,” he said.

Kohner was hooked on surfing from the very beginning, on the waves that surround his hometown. He recalls paddling out for the first time. The waves were big and he thought to himself, ‘do I really even want to be out here?’

“I turned around and caught some white water and just fell off and went in with my tail between my legs,” he said.

He went out a couple more times, unsuccessful and getting beat up by the waves.

“A friend of mine let me try his board and he gave me a couple pointers,” he said, a smile crossing his face as he remembers catching his first wave, throwing his arms up in victory and letting out a yell.

“From that moment I was hooked and I loved it. The next year I bought a winter wetsuit and surfed all year long,” he said.

He now revels in those stormy-weather days, feeding off the energy of the ocean.

“When I am out and the waves are big and there is that energy and you are feeling like you are in it. You are connected to that, sometimes in a bad way if you are getting wiped out and getting rolled around and beat up by the wave. But, when you have a successful ride and you don’t fall and it’s almost like this death or glory moment,” he said.

He travels mostly in the winter. Mainly because it is his off-season. For years he would go to Costa Rica. He even bought property on the Caribbean side of the island. He first visited when he was 19. He sold his house a few years ago, which in hindsight he admits may have been a mistake.

“In the back of my mind I was always like, ‘there is a huge world out there and a lot of other places to go.’ Once I had a house in Costa Rica, I felt obligated to go there,” he said.

While he still goes to Costa Rica to surf he admits he isn’t getting any younger and he has a long list of places he wants to surf while he still can.

One of those places he recently got to check off the list was Morocco. He had a ticket to go with friends 10 years ago but hurt his shoulder surfing during hurricane season and had to miss the trip. This time he went solo.

“It’s got a huge surf scene. I was surprised. I was in this town called Taghazout, which is south of Casablanca and Marrakesh. It is a total surf place,” he said. “There are tons of surf schools and surf camps. A lot of Europeans go there. I knew surfing was popular there, but I didn’t realize to the extent.”

The mixture of surfing culture and Moroccan culture makes for an interesting scene, he said. While the lineups aren’t super-crowded people are very interested in surfing and extremely friendly, he said.

Ultimately, the purpose of traveling for Kohner is about finding great waves to surf, but it is also about making a connection with people who are in the same tribe, all connected through the ocean regardless of where they are in the world. It is much easier to stay connected to people you meet via social media.

“When I first started traveling you would get someone’s mailing address and telephone number,” he said, laughing as he remembers his old address book.

A bonus to making friends abroad is that they might let you leave your surfboard with them. Traveling internationally with a 10-foot surf bag can get old fast. Kohner has boards all over the world. The next destination on his list is Indonesia, Australia, or maybe even Iceland.

His orbit shrinks dramatically once the summer starts. He lives in Cisco and his office is Cisco Beach. Between Bartlett’s Farm, Cisco Brewery and 167 Raw, it isn’t a bad place to be. His surf school teaches all ages, although he admits his clientele is comprised mostly of kids.

“One day I took a kid out in the morning who was like 4 and then I took a woman out in the afternoon who was in her 70s. It was pretty cool,” he said, seeing the same look of excitement on their faces when they caught their first wave. “You kind of get that excitement and stoke vicariously.”