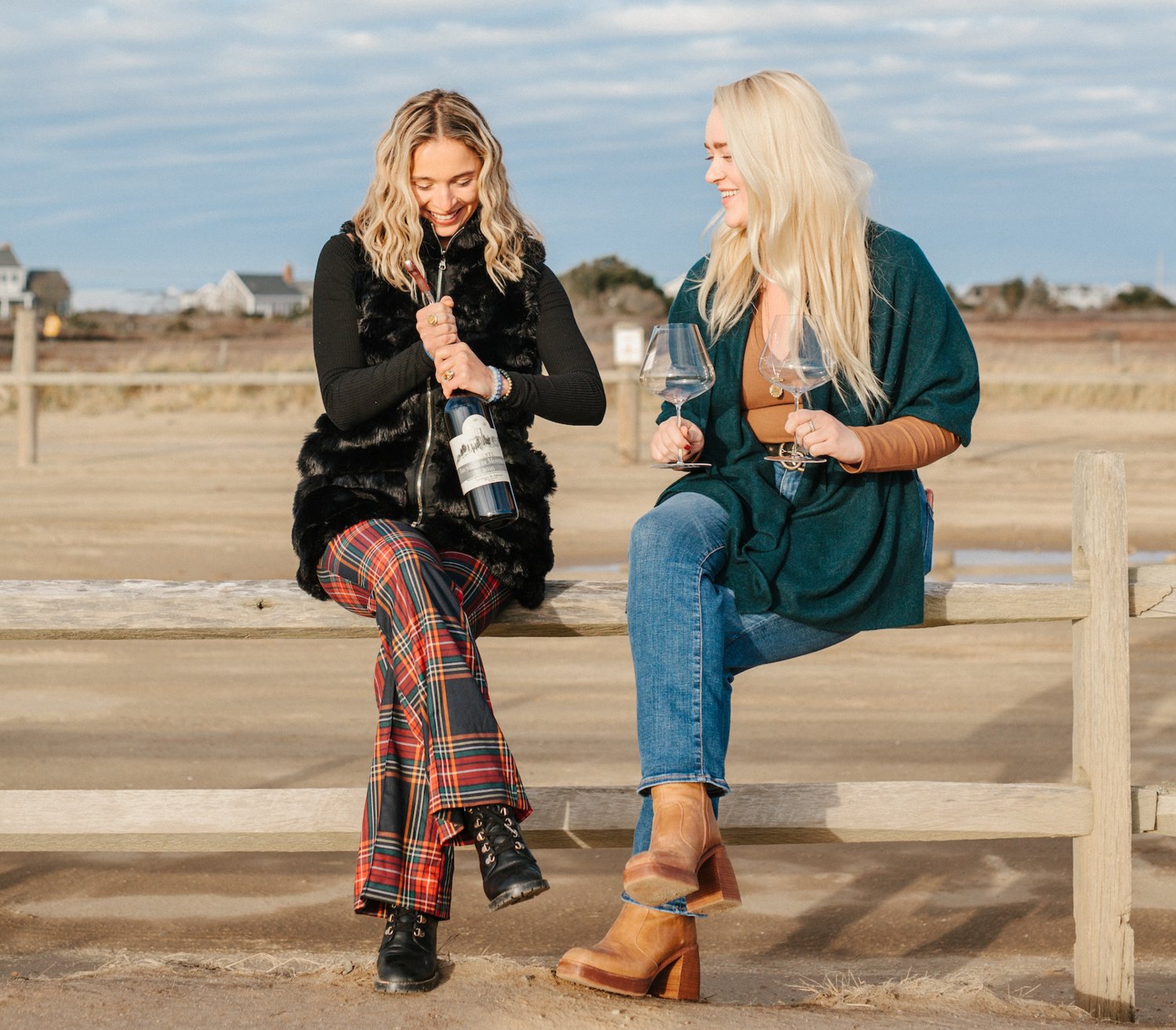 “Wine is sunlight, held together by water."

Gracie Schadt doesn’t think it’s a terrible idea to open a bottle of  prized Domaine de la Romanée-Conti on a Tuesday, but she understands how unpractical it might be. The iconic wine from Burgundy can fetch upwards of $20,000 a bottle.

Schadt and her business partner Emily Dusseau make up Pocomo Wine Co. What started as an off-hand remark during an elevator ride has quickly turned into a budding wine business, curating wine cellars and hosting at-home wine classes and tastings.

While their philosophy is to still help people find those rare, special bottles, the real goal is to build depth in a cellar: to strike a balance between those $20 to $30 bottles of wine you can open on a random Tuesday, and wine you are aging for the future. A wine cellar should be a representation of who you are.

The two met when Schadt decided to move from Montana to take a job at the restaurant Cru. She laughed as she admitted she wasn’t quite sure where Nantucket was. She had a friend working at the Nantucket Yacht Club who had put a bug in her ear about coming out for a summer.

“It just stuck. I think it is a beautiful island. That kind of small-town community energy is really echoed here in Montana, too, so it was kind of easy to assimilate to that,” she said.

While Schadt was new to the wine industry, Dusseau had been running the wine program at Cru for the last eight years. She grew up in the Finger Lakes region of upstate New York, near Ithaca. When she was in high school her father and uncle decided to build a winery on a small plot of land a quarter-mile from her house.

“When I was a teenager, he had been making hard cider in our basement, and he got the idea that he wanted to make wine. My first job ever was in the tasting room,” Dusseau said. “I became the girl in college bringing wine to parties.”

The idea for Pocomo Wine Co. came to fruition in the midst of the pandemic. Guests of the restaurant asked if they would come to their homes to do private wine-tastings. People working remotely wanted wine lessons.          They were too busy with their hectic summer schedule, but the thought stayed in the back of their minds. After a wine-tasting in Montana, they decided to lean into the idea.

“We were in the elevator making jokes and we thought, we should have our own business. We could totally do that,” Dusseau said.

In the winter it is more cellar curation. As they gear up for the summer Nantucket is at the forefront of their minds. They already have some events lined up. With the ever-increasing summer traffic to the island, it has become harder and harder to get restaurant reservations. Schadt and Dusseau see that as an opportunity for their business to grow.

Their curated experiences give people a chance to enjoy the benefits of a trained sommelier in the comfort of their homes. Dusseau admits that events like the Nantucket Wine & Food Festival and having time to travel and visit producers in the off-season have made it easier to find those wines more off the beaten path. That work experience also gives them a better understanding of the market and reasonable pricing, making it easier to source affordable wines with good provenance.

“What I found happening with people being home so much is that they were really trying to make their home into that really habitable space, building these wine collections and home bars,” Schadt said.

Matt MacEachern, architect and founder of the Nantucket-based design firm Emeritus, remembers a time when the thing to have was a home movie theater.

“It’s this insanely dark place. It’s definitely not a great social space. You are going in there to be quiet. I can see why it went out of favor,” he said. “What has happened now is people are doing larger, open spaces, still in the basement. A lot of sectionals, really massive TV screen, but not this dark foreboding place. It’s more of a flex space. Also, inevitably there will be a small or larger scale wine storage.”

The spaces are multi-purposed for entertaining and for the person who loves wine. MacEachern has worked on a number of wine-storage builds and said the projects have ranged from custom refrigerated cabinetry and Sub-Zero refrigeration units, to full-scale wine cellars complete with tasting rooms and wet bars. These wine cellars aren’t exactly what you’d imagine in 17th century France. Although one project out in Sconset took a que from the wine cellars of antiquity.

“I have to give credit to the contractor on this. He is very interested in tectonics and design,” MacEachern said. He showed me a picture of the wine cellar, surrounded in sleek glass and warm-colored wood. The ground had gravel spread across a large section of the floor.

He doesn’t necessarily see this as a new trend. Wine has after all been around for millennia. As for the entertaining aspect, wine is meant to be drunk with company. It’s the perfect match. MacEachern is up front about his lack of wine knowledge. Although he admits he has a new appreciation for white Burgundy.

For Schadt and Dusseau, education and entertaining are two sides of the same coin. Making wine approachable for people is key. They both realize that wine is an industry that has had a lot of pretensions surrounding it. And that pretension stifles growth.

“I think the biggest fear is that people don’t want to sound stupid or be wrong, and so they don’t say anything at all. That makes it hard to find anything new you like if you aren’t willing to share your thoughts and opinions,” Dusseau said.

“Letting us grasp at any adjective that you throw out there helps a lot. I love listening to people describe wine, especially new tasters. When you don’t have the training wheels or you haven’t been told how to think of something you have such a broader vocabulary that you’ll give to wine.”

As for the entertaining side, the goal is to stay locally focused. They can create charcuterie spreads to accompany the wine, but pairing up with raw bars and local chefs is the focus. They love food but they will be the first to admit that they aren’t chefs.

“There are so many talented people. I think what would make us feel really successful as entrepreneurs would be being able to bring up other entrepreneurs with us, to create an environment where we can all work together and everyone can build off each other,” Dusseau said.